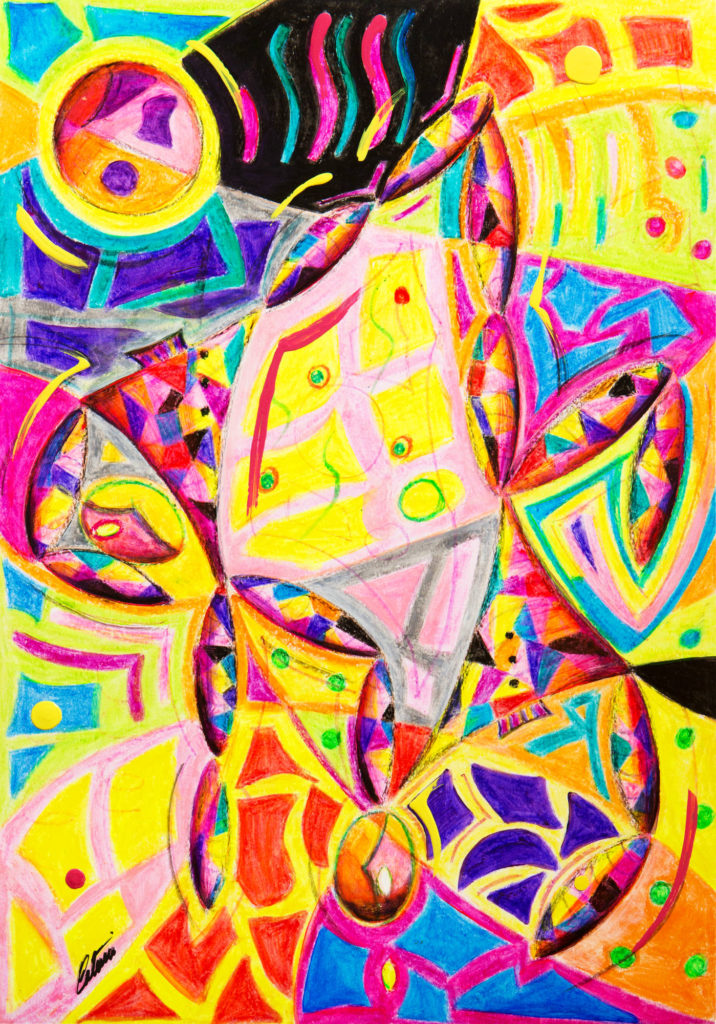 This painting was inspired during a Sunday in December. After having spent part of the day walking around Nice, the Artist comes home in the evening and daydreams on the evolution of some children on the road seen during that afternoon. Two clowns fill the scene and play with each other in a calm and colorful environment. The one on the left, proud and authoritarian, hugging his head with his right arm, as if it was a ball. Instead the one on the right allows the other to take his leg and flips upside down, light as a feather; with his left arm he attempts to recover his head that remained stuck on the ground under his friend’s foot.
Clowns symbolize youth and free minds, like light heads disconnected from the rest of the body.