"The Man Who Does Not See"

The Man Who Does Not See - B Version

Description of the digital artwork:

The famous work by Cesare Catania entitled “The man che Non Vede ”(2013) is presented in this B version in an almost unique reality. The scene, set in a future space and time, seems to be shot by an analog video camera from the past.

The Oxymorons of Art

Strong visual oxymoron, amplified by sonic dissonances that symbolize a timeless artistic inspiration.
The work of art in this B and digital version is represented by the artist through a white color that blends with the rest of the scene, as opposed to the A Version in whose red and yellow became the protagonists of the scene. The concepts underlying the A Version are taken up again in this second digital version: inspired by reflections on the condition of mankind, “The man who does not see” is represented by the blindfolded author.

The sense of “Smallness”

Man is immersed in society surrounding him with blindfolded eyes. Sometimes he tries to “take a breath of oxygen” as does a man immersed in water trying to emerge. While previously the bright colors focused attention on the centrality of the human race (the “cheerful and bright” yellow tones symbolized a context of “golden cage”, expression of a society that appears serene and happy when viewed “with a blindfold”) now, in a future that projects us towards the universe and towards infinity, the “pale and anonymous” white further reduces human uniqueness compared to the space that surrounds it.

To view the original NFT of

“The Man Who Does Not See” 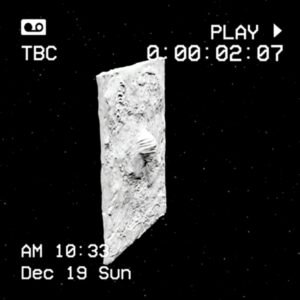 Cesare Catania is an Italian artist, painter and sculptor. He started his successful career at a highly opportune time. In his art, tradition and innovation come together. His creative abilities and his aesthetic taste enthusiastically embrace technology and development towards the future. In his works of art the boundaries between painting, sculpture and digital art blur, while maintaining his attachment to his contemporary art. 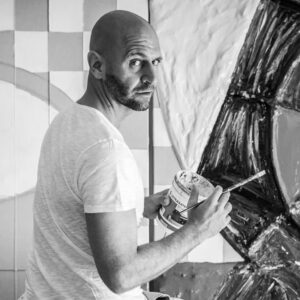 Click here and find out more about the artist Cesare Catania:

In "The Man Who Does Not See" A Version (2013), Cesare Catania touches on the same themes dealt with later in the B Version. 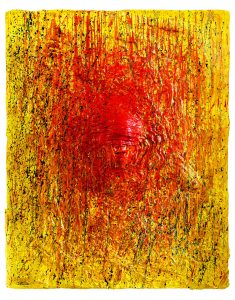 In particular, in The Man Who Does Not See A Version (2013), the author is inspired by reflections on mankind. Humanity is blindfolded in the face of the society that surrounds it, in the face of the game that companies and multinationals impose on us. Man sometimes tries to "take a breath of oxygen" as does a man immersed in water trying to emerge. The “cheerful and bright” shades of yellow symbolize a context of “golden cage”, an expression of a society that appears serene and happy when viewed “with a blindfold”.

The first original edition of "The Man Who Does Not See" - A Version (2013) is made with plaster and acrylic. 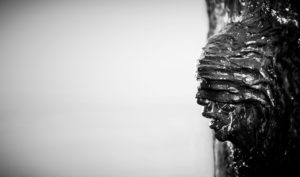 Over the years, the author has made a few limited edition copies, this time in polymeric and acrylic material

Contrary to the B Version, the physical version of The Man Who Does Not See A Version (2013) and subsequent copies are characterized by the use of strong and bright chromatic tones, colors that pass from yellow to red in an explosion of energy. 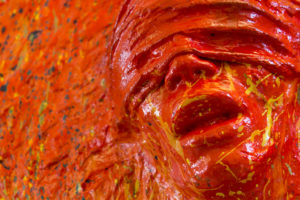 to purchase a limited edition copy of

“The Man Who Does Not See” 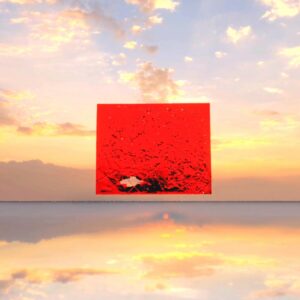 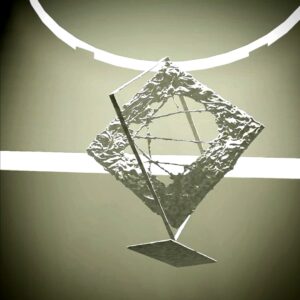 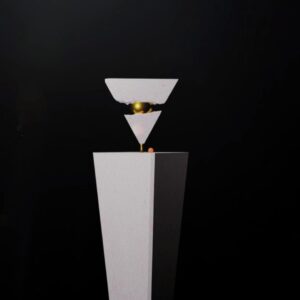 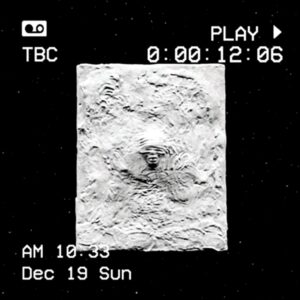 … and now
discover the other works of art
by Cesare Catania …

Enter and discover Cesare Catania’s Biography: all about life, inspirations, his personal history

Cesare Catania’s art has never been so alive!
Come in and discover his video tutorials.

Come in and experience the thrill of participating in the author’s latest contemporary art exhibitions: videos, photos, articles, interviews.

We have a🔥new website🔥It’s a meeting place for everything we do—collaborations across the campus, the city, and the world. And like PS1, it’s a hub for ideas, experimentation, at least one killer cornbread recipe, and more than a few cute art 🐶. Explore http://momaps1.org

This season, fall in love with works by Vasily Kandinsky and Cecilia Vicuña. Learn about our safety measures. 👇

We love this beautiful #PrideMonth sketch created by Manley Bélizaire.

"Visiting the Guggenheim Museum is always a wonderful experience for me, not only for its exhibits but for its building; an undeniable piece of 20th century modern architecture."

Here's why you should join MOCA's membership program:

✔️ You will deepen your connection to contemporary art.

✔️ Free admission to MOCA and museums across the country.

In 1942, Arshile Gorky spent his summer in Connecticut making a series of paintings from nature. In this work, amorphous shapes & drips of liquid paint suggest the fluidity of a waterfall. 💧

A weekend of special free screenings is coming at @fondazioneprada #Cinema

Is the last chance to watch #SmallAxe the complete tv series by Steve MᶜQueen in its original version / not yet distributed in Italy.