Technique: Oil and acrylic on canvas 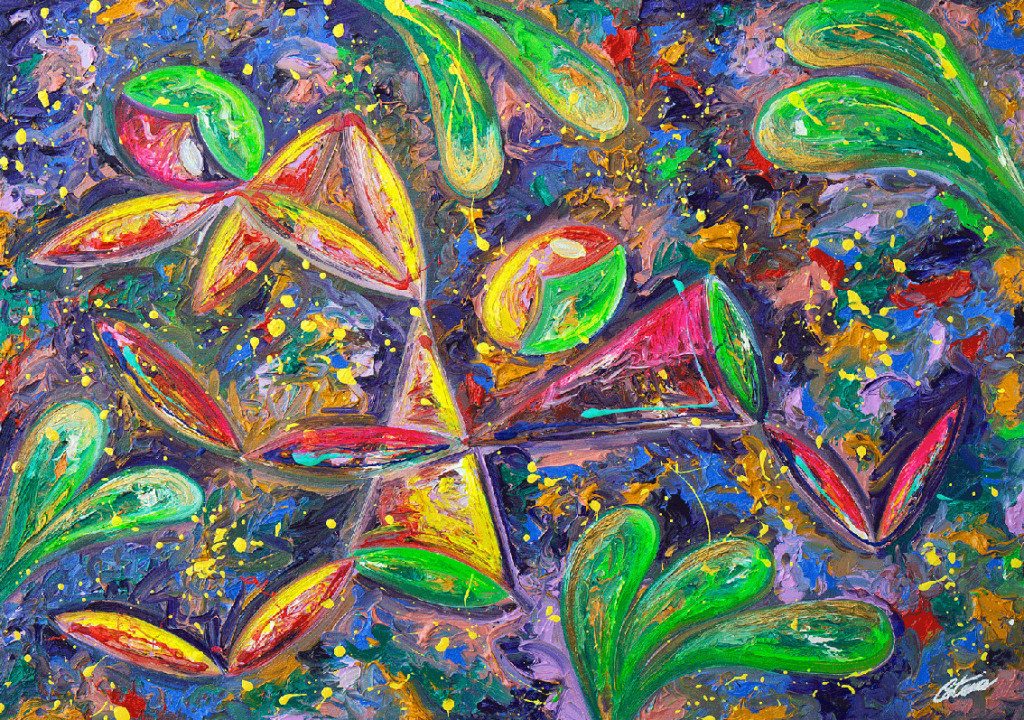 In this version B the artist re-proposes the theme of Harlequins. The scene is set in a garden of exotic plants under a blue starred sky, portraying the two protagonists that were playing. Cesare Catania’s two Harlequins are also in this Version B, with their head separated from their body (like in Version A) and they fill the canvas in an absolutely unique and personal way. The one on the left, with his body facing down and supported by his arms, plays while balancing on his legs his friends outfit; the one on the right, lying on his back and relaxed, with an air of superiority, ignores his friends happenings, which in the meantime has laid his head on his back. Easy to distinguish the heads of the two Harlequins observing the colors of the same: Yellow of the Harlequin on the left, pink of the Harlequin on the right.

The only one interested in the scene seems to be the yellow Harlequin that is looking carefully at what is happening to his friend’s body and head.