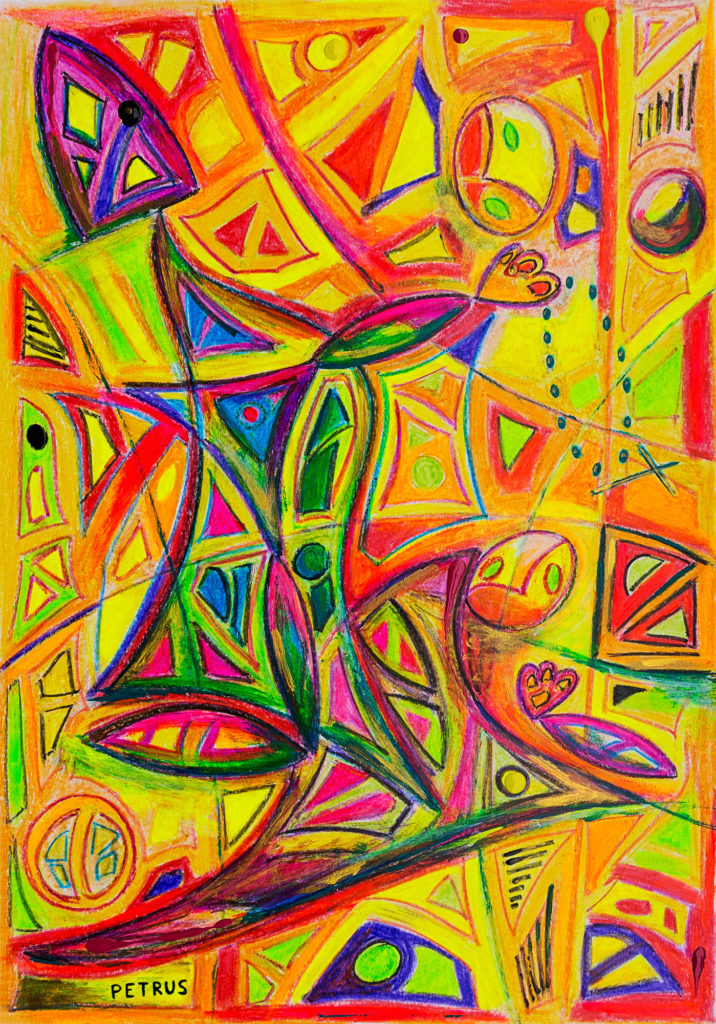 This painting is inspired by Cardinal Pietro Boetto, born in Vigone 19th May 1871 and died in Genoa on 31st January 1946. The Cardinal, Catholic Archbishop and convinced anti-fascist, gave Genoa a great help in assisting the persecuted Jews during the Holocaust. Cardinal Boetto, whose remains are still in the church of San Lorenzo in Genoa, is today represented in many paintings and carvings inside the church itself.

Cesare Catania, during a visit to the cathedral, focused his attention on one of these representations and in its modern work of art, and photographs a moment of prayer of the Cardinal with the priest, in front of the altar. The Cardinal, imposing and proud, prays with the rosary in his hand, wearing robes and showing his ring. The priest is instead on his knees, totally dedicated to the Christian vow.

🚰 "The water flow is a quiet triumph." Sink Reviews gave us FOUR SINKS and commended our social-distancing set up. Book your visit online now for a pristine hand-washing experience (at least 20 seconds!) 🧼 http://mo.ma/ps1tickets

Cesare Catania @cesare_catania is a great artist that speaks about the relationship about Art and Architecture.
You can see more at http://ww.redivory.org
.
.
.
#cesarecatania #art #argallery #artist #artistsoninstagram… https://www.instagram.com/p/CC1Zl1RIW6y/?igshid=1vw6zzj74ynwx

Take a silent stroll through our current exhibition “Knotted, Torn, Scattered: Sculpture after Abstract Expressionism." #KnottedTornScattered is on view now—plan your visit before March 18 and save 35% on your ticket: https://gu.gg/2IAc2za

Sunny days in LA have us thinking about this surreal citrus scene from #JimShaw's 1997 painting, Oranges in the Classroom, which he claimed came to him in a dream🍊☀️💭

Any cookies that may not be particularly necessary for the website to function and is used specifically to collect user personal data via analytics, ads, other embedded contents are termed as non-necessary cookies. It is mandatory to procure user consent prior to running these cookies on your website.